Given the recent remarks by the UK Government Ministers on Scotland’s second bid for Independence (IndyRef2), there really ought to be a thread about Indy Ref 2 so it can be discussed properly.

Liz Truss is currently one of two people bidding to become the new Prime Minister in the wake of Boris Johnstones resignation. Recent comments from her hit out at First Minister Nicola Sturgeon’s bid for IndyRef2, suggesting that the FM “should be ignored” and that she “is an attention seeker”.

These comments, in my opinion, are completely childish, disrespectful and unprofessional and I hope that the FM will treat them with the disdain they deserve.

To be honest, I am so fed up with the London Elite I would vote for independence for Shropshire.

Sorry Pixie but you weren’t on the forum back during the run up to the first one, The posts on here then were revolting, racist and full of hate of the Scots. It was so insulting and sick. I won’t take part in another thread like that again EVER. I saw so many members in their true colours and I haven’t forgotten who they are or their remarks. Neither have I forgiven them for it, and for driving several Scottish members off the forum.

Oh…well I’m still giving it a shot because it’s an important issue. I appreciate you not wanting to get involved because of previous incidents, but maybe new input from less hateful people than before, will be a good thing? I’d like to think so…on my own head be it.

Rox, I am as English as they come, we are not all bad or racist.

I would be very sorry to see Scotland leave, but I can completely understand why and good luck to you.

Hi Swims, Yes I’m well aware of that and I’m not putting all the members under the same umbrella.

Just the ones it applies to.

Rox, you mentioned earlier about John Swinney’s response to Lizz Truss calling Nichola Sturgeon an attention seeker and that she should be ignored. I haven’t been able to find anything about it - was this on the radio or online somewhere? What did he say?

I, for one, do not want to see Scotland leave the Union. Because they are a very large part of what puts the Great in Britain. But, I certainly wouldn’t want to deprive them of the right to decide for themselves. Scotland we will be in England and Wales, the poorer, in many ways, should you decide to leave.

Given that Liz Truss says she was schooled in Scotland, and considers herself a Unionist, it doesn’t bode well that she then alienates herself with her comments towards our First Minister.

I would prefer that we all stayed and worked together, but Westminster has made that impossible for reasons known only to them. If Scotland votes to move away from the UK, then thats perfectly ok with me. I do worry about the aftermath though

Rox, you mentioned earlier about John Swinney’s response to Lizz Truss calling Nichola Sturgeon an attention seeker and that she should be ignored. I haven’t been able to find anything about it - was this on the radio or online somewhere? What did he say? 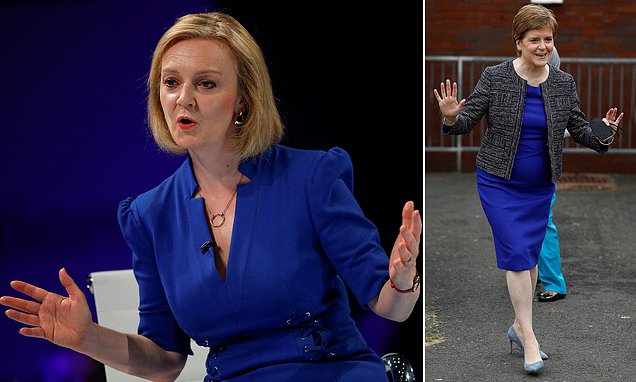 Liz Truss says Nicola Sturgeon is 'attention-seeker' to be 'ignored'

Leadership hopeful Ms Truss made the comments at the Tory hustings in Exeter last night and was swiftly backed by Jacob Rees-Mogg today who declared that Ms Sturgeon 'waffles on endlessly'.

The remarks Truss made about Sturgeon were not only rude and disrespectful but were also totally at odds with the other comments Truss had just made.

I think it shows just how hypocritical she is and how “sound bites” she doesn’t mean readily trip off her tongue.

How can she truly mean it when she says
“I feel like I’m a child of the union, that I really believe we are a family and we’re better together,”
then in the next breath, tell people that the First Minister of the devolved Parliament in Scotland should be ignored?

Truss must have some very strange “family values”!

Thanks Wishbone…it makes quite depressing reading

On the point about Independence, I feel it should be left to the people who live in each country to decide whether they want independence from the Union or not.

In normal circumstances, it would seem daft for Scotland to have another Independence Referendum so soon after the last one - but when the last vote happened, they were voting to remain within the UK Union as part of the bigger European Union. I think when UK as a whole voted to leave the EU, whilst the majority of the Scottish Vote voted to remain, that was a big enough material change to warrant another Referendum if they want one.
If I lived in Scotland, I think I’d prefer to wait a few years longer to see how things settle down post-Brexit because it’s very early days still - but it shouldn’t be Westminster who decides if and when they could have a Referendum.
That is just not fair - I think Westminster should remain neutral and let the Scottish Parliament and Residents manage, fund and campaign on their own Indy Ref if they want one.

***(I know the Treaties re EU and the Acts of Union re UK mean that the legal process of breaking up UK is different to UK leaving EU, so my comments are just my opinion on what is morally right) 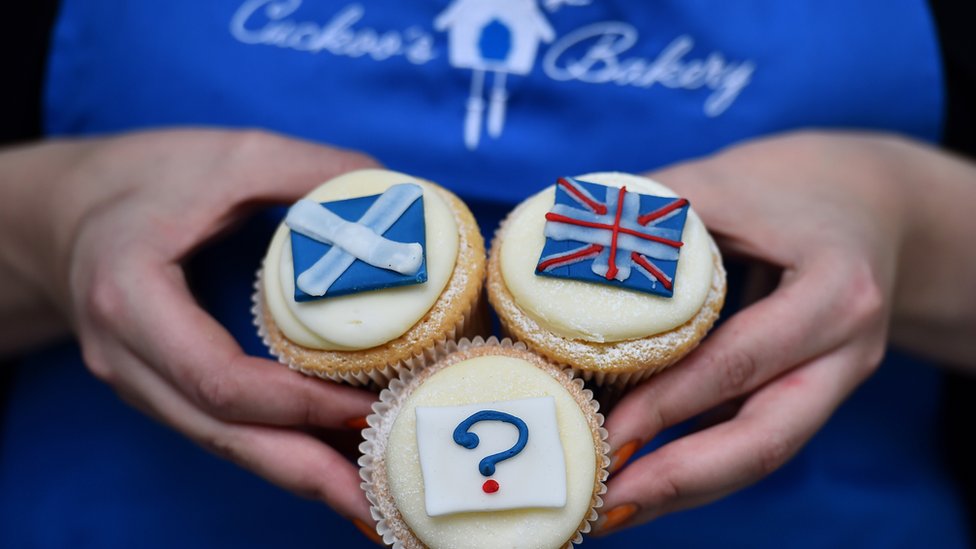 Scottish independence: What is it and why is it a big issue? - CBBC Newsround

Why is separating from the United Kingdom one of the biggest political issues in Scotland?

Given that her male colleagues are agreeing with her, I think Scotland is pretty certain to get a majority vote should it ever come to pass. Its just getitng someone to sign that bit of paper off though.

In the wiki, it says that the polls have all favored independence until recently. Is there a reason for the change? Am I reading this correctly?

This pro-independence trend continued into 2020, as three polls in the early part of the year put “Yes” support at between 50% and 52%.[215] In October 2020, an Ipsos MORI/STV News poll saw support for independence at its highest ever level, with 58% saying they would vote “Yes”.[216] As of December 2020, fifteen consecutive opinion polls had shown a lead for “Yes”.[217] The run of polls showing a “Yes” lead continued into January 2021, although the average support for Yes was down by two percentage points compared to polls by the same companies in late 2020.[218] Polls conducted in early March 2021, following testimony by Alex Salmond and Nicola Sturgeon at a Holyrood parliamentary inquiry, showed narrow leads for “No”.[219] Since February 2022, polls have generally shown leads for “No”

I always listen to the Kay Adams phone in 9 - 10am on Radio Scotland, I heard it on there this morning. The call in was all about those comments.
It’s also in the papers here’s a link.

I think we can all agree Truss hasn’t made herself look good, but the next question I would have is - what can we do about it. Nicola will only double down on her efforts to secure a referendum date, and, while its a good thing, I worry that it might be at the expense of other issues we are dealing with.

Those who seek independence are still in favour of it, but I think recent events such as the pandemic, and everything else that’s going on, have taken priority. However, as you say, polls are showing a more “favoured” No vote…possibly as much as 55%. saying No. (Insecurity over the future?)

At the moment though, Nicola Sturgeon is just looking for permission to set a date for a referendum. Once she gets that, she can then set out policies and fly the flag, so to speak - which would swing the polls back in her favour. The fact that the UK government are just flat out not even entertaining the idea, is ridiculous, in my opinion.