Do you have any ideas/plans for saving power?

My daughter has bought a couple of warn throws for herself & hubby. They plan on turning the central heating off an hour earlier than usual each evening & wrapping themselves in the warm wraps she’s bought.

I thought it not a bad idea - I might do the same. I also plan on using the radiators to dry clothes & not use my tumble dryer so much.

Do you have any ideas/plans for saving power?

Takes about 3 or 4 minutes to cook a steak, whereas chicken or a joint in the oven or even something you have to slave away over on the hob takes much longer. Of course steak isn’t cheap… but it’s incredibly bio-available and one of the least problematic foods in terms of allergens/reactions or anti-nutrients.

One thing I did notice when I bought a new (electric) steamer and was when using it a lot how my electric bill went up - so I’d definitely avoid that if reducing fuel bill is a priority.

Simple is best when saving energy.

If you don’t live or sleep in a room, don’t heat it.

Keep the doors closed and draught proof them.

This keeps the heat in the room you use.

Get a heated clothes dryer, only 230 watts, much cheaper than a tumble drier.

Wash up once a day, not after every meal.

Wash up once a day, not after every meal.

Ms d00d’s in charge of that department … She wipes the dishes with a soapy sponge then rinses under the cold tap. You don’t need hot water to wash up; no need to fire up the boiler. Life is a camping holiday.

spag bol sauce, chicken curry, chunky veg soup, things like that best batch cooked so most meals are fresh out the freezer.

Ive bought warm clothing , body warmers two with hoods on . polo necks , ive also got a padded coat , if it gets too cold i will put that on with a hat .
We lose a lot of heat through our heads and feet , so warm socks are a must .

Ive only needed to wash the dishes once a day , so ive done this in a morning on Economy 7, also do the washing on E7…+ any baking like my meat pies are made the day before and put in the fridge over night , then in oven next morning . E7 …

I cook mainly on the Hob , quick meals are Fish that dont take may minutes to fry , and Chicken ,

Ive been told my Fuel bills are really low each month compared to before .

Im thinking on whether to get an Electric Blanket , this can be an over blanket or under .

Im also putting warmer Curtains up and rooms which i dont use I will keep them closed to keep heat in cold out . Ive put 2 pair up in the bedroom I use . I could do this in the sitting room , but may stay in the front Bedroom its smaller …

Buy a electric throw …they aren’t expensive.
Only cost 2p an hour the run.
Turn down the heating , you’ll be cocooned in cosy warmth.

Buy an air fryer , less than half the cost of an oven to run & super fast too.
Easy clean nonstick can go in DW

I bought an electric throw and it was initially fine, but after that it only heated in patches. I use it as a plain blanket now

That’s a shame , not under guarantee?
I’ve washed mine several times it’s fine

I already use a cosy sofa throw and wear warm clothes & cosy socks on cold evenings and, when my heating is on in the Winter, the thermostat reduces to the overnight lower temperature setting an hour or two before bedtime. I don’t think I can do much more to save on heating energy except maybe going to bed earlier and getting up later in the really cold Winter months, so I can extend the lower thermostat setting times.

I won’t be eating steak but I’ve already stopped using my oven for most meals.
I have been eating more cold meals and salads and quickly cooked veggie stir fry but when the weather gets colder and I crave hot comfort food, I won’t be making so many oven-baked veggie meals I used to make in Winter - I’ll be using recipes I can cook without using the oven and make more use of my slow cooker, microwave and induction hob instead.

One energy saving tip I keep reading about is about keeping the condenser coils on your fridge clean and dust free - apparently, if your fridge has condenser coils at the back which are open to the air, they can get covered in grime and dust, which results in poorer refrigeration performance and can use up to 25% more energy to maintain the fridge temperature.
It is recommended you vacuum the dust off every now and again.

I have pulled my fridge out and looked for these coils but I can’t find any - the fridge manual shows there are coils somewhere behind a back panel but I can’t work out where. I need to look into this a bit further because the diagram in the manual is not clear.

I would expect it is sensible to work through each room and find ways to reduce electricity / gas bills. Switching off everything on standby is one. Not heating unused rooms, as mentioned, is another. Moving things to one room so that a study or craft room can be left unused (this is really only for winter so easy to live with).
I would expect heating levels in the rooms you do use can be significantly reduced if other actions are taken. Re-embrace the joy of the hot water bottle. Boiling a kettle costs a few pence and a bottle with a good heat retaining sleeve, under a blanket or two, can stay warm for hours. Invest in underlayers that you can get from outdoor shops - such as merino wool vests and long underpants. Same for thermal socks and skull caps. And thermal throws.
My plan this winter is to only use our large wood burner (out here in rural France this is common). I’ve bought 12 cubic metres (about 900 euros). That should be enough for the winter and means all the other heaters stay switched off (see above for staying warm in colder rooms). I will also be out scavenging wood for the following year - a few hundred euro on a second a hand chain saw should be prove to be good investment.

I’ve been cutting down on energy use for the past few years anyway, besides other ways of saving & being careful with my money

I live on my own in a gas centrally heated flat, so there’s not much I can do to change that apart from using it less and turning down the temperature, which I do anyway
There has been a curtain hung across the entrance hall/landing/corridor since I moved in, and that means I don’t heat unwanted space

I’m trying to lose weight so for months, probably a couple of years now, I’ve cut down on junk food & heavy meals
I don’t eat much meat now, and eat mostly salads, stir frys & lightly cooked veg, almost always on the hob; I can’t remember the last time I used the oven
The problem with living on your own is that if you buy veg you end up having it for days on end, or else you buy one carrot, two mushrooms, and so on, which immediately marks you down as a sad old man

So if I have veg that are getting a bit old & tired I make them into a veg stew with beans & lentils, and cook it in my slow cooker
There is usually a large batch so I have the stew for a couple of meals, then freeze it in plastic bags
Oh, and I don’t buy plastic bags, I use those from bread, buying loose veg, and the inners of cereal packets
My Mum used to wash & reuse plastic bags which I thought was a bit extreme, but now I do that myself without any concern
Sometimes I buy bacon pieces aka bacon ends for the stew. These are the ends of sides of bacon that are too small to slice into rashers. I set to with a sharp knife and can usually find a couple of half decent pieces to cook just as bacon, with veg, and the rest is trimmed for a stew

I used to do a lot of hillwalking before I got too fat & old for it, in both summer and winter, so I have a lot of warm clothes - hiking socks, fleece jackets, long johns, down filled jackets & body warmers; more than enough.
And I’m old enough to have some fine lambswool jerseys that I used to wear for hiking, and have replaced with microfleece; I wear both types.
Also I have a light, fine wool blanket that has been folded in half and sewn to make a throw

got a little cave out back so will be in there for the remainder of aussie winter - phone still works there too!

I’m leaving the heating off for as long as possible, it’s surprising how used to the cold you can get if you just do it gradual.
Failing that, lock up the house and go to Spain for a month or two over the winter.

Earlier this year, my energy provider Octopus were offering 50,000 Dreamland Luxury electric throws to their customers. I applied and they sent me one.
It is lovely, it heats immediately and is so cosy. 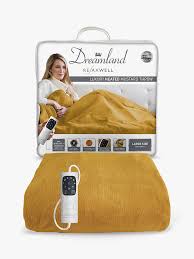 A few things. All our lighting is LED. Our dishwasher less water than hand washing and generally we do a load every other day. The washing machine is on the lowest setting. We don’t have dryer - we have a a clothesline and a drying rack. We have a shower rather than a bath. We walk to the shops unless it is pelting rain.

A slight digression. I was an electrical engineer and a lot of the projects were in the water industry. Optimising energy efficiency was a significant part of that.

Earlier this year, my energy provider Octopus were offering 50,000 Dreamland Luxury electric throws to their customers. I applied and they sent me one.
It is lovely, it heats immediately and is so cosy.

They never offered me one

Muddy, l wasn’t offered it by them. l saw about it elsewhere and sent them an email and was a amazed when they said they would send me one.

I thought l had mentioned it in a thread at the time about the offer?

We’ve done everything we intend doing. Now we’re just going to carry on as normal and pay the bills.

Failing that, lock up the house and go to Spain for a month or two over the winter.

There may well be some good logic to this idea, if you can find a long term rental that is affordable. The one thing to watch out for is that ‘south’ does not always mean warm in winter. The southern tip of Spain is a good bet. I’d guess southern Italy too.
I’m in SW France, so 2,000km due south from Aberdeen where I grew up. Every year we have a few days at -6 or -7 deg. The whole of Jan-Feb is really quite cold. I did not expect that! So heading south can be affordable and a good idea - just check winter temps.