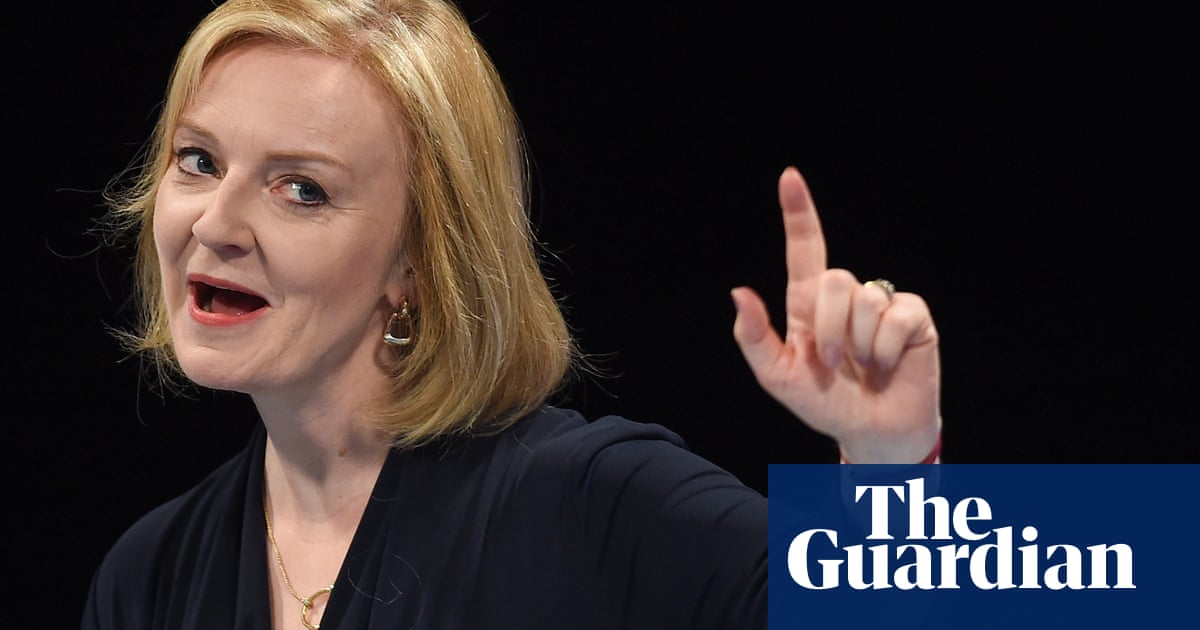 Liz Truss is tantalisingly close to acquiring the keys to No 10. But her constituency party members recall a meeting when the question of her entering parliament at all hung in the balance, after she was accused of failing to disclose an extramarital affair to activists.

It was 2009 – 12 years before she would be elevated to her current role as foreign secretary – and she was on the verge of finally becoming an MP after being selected to stand in the safe seat of South West Norfolk.

Dozens of hardline, rural Tory activists, dubbed the “Turnip Taliban”, had called an urgent meeting, angry that an 18-month affair with the Conservative MP Mark Field had not been disclosed when she was endorsed as a candidate. Some wanted her to stand down because they believed she was being parachuted in by unwanted moderates under David Cameron’s leadership.

Roy Brame, a self-declared member of the Turnip Taliban, had gone to the packed meeting convinced she should not stand in the safe seat at the next general election. But instead, he recalls Truss winning over a sceptical audience with a characteristic mix of charm and a thick skin.

He voted against her that evening, but Brame said he was impressed by her responses, telling reporters after the meeting: “We have just seen the new Thatcher.”

Truss survived the meeting – local websites claimed that the Turnips had been mashed – and won a vote supporting her as the candidate by 132 votes to 37.

Thirteen years later, Truss has now held six ministerial jobs under three different prime ministers – and in 2016 became the first female lord chancellor. Crucially, she appears to have currently won over a majority of the 160,000 Tory party members who will choose the next prime minister in September.

Her critics – and she has many within her own party – say she lacks many of Thatcher’s skills. She fails to display intellectual gravitas, they say, relying instead upon cheap slogans, and struggles to make convincing speeches, another facet of her character that could be quickly exposed under the intense scrutiny of Downing Street.

Others doubt if Truss really believes anything she says, and relies upon a gut instinct to fulfil her own ambitions. Anna Soubry, the former MP who served as a minister alongside Truss, said many had questioned whether she had the skills necessary to lead the UK.

“She was the most ambitious person many people had encountered. I honestly believe she was given jobs – ministerial promotions – just to shut her up. Her ambition is, undoubtedly, considerably greater than her ability,” said Soubry.

There is much more in the article.

I’m still of the opinion that Truss is an intellectual and political lightweight who won’t last long when confronted by the heavyweights of the wider world.

I’ve been watching Truss in the debates and interviews and have been trying to work out why she has so much support but I haven’t been able to fathom it out yet.

I have genuinely been trying to look for the positives but I can’t shake off the impression that everything she says is just a series of sound bites and slogans without any depth of meaning - and some of the sound bites she uses sometimes contradict each other, even in the same speech.

The other thing I’ve been musing on is whether her being able to hang on to ministerial positions despite the cabinet culling of the last 3 PMs, who all had very different agendas is a sign of her skills and diplomacy - or not.
Truss’s own agenda seems to change in line with whoever the current PM was - is that a sign of loyalty or a sign of putting promotion before principles?

I just feel Truss will adapt and adopt whatever view and agenda that she thinks will secure her own advancement - more like a Johnson than a Thatcher, really.

If Liz Truss were to become PM I think we would be heading for a bigger mess than we are already in. I have no confidence that she is competent enough to do the job and feel she is a shallow individual who will say what she thinks she needs to say to win votes.

She’s been smiling a lot lately. I’m not convinced. She a sour face natural, best keep it that way.

It’s all coming back to me now - gosh that was a long time ago - a lot of water has flowed under the bridge since then!
“Turnip Taliban” was what Senior Conservatives in David Cameron’s Government called the Tory Members in Norfolk who protested about the selection of Liz Truss for the safe Tory seat in Norfolk.
They were castigated as daft locals who were trying to keep the Tory Party in the dark ages instead of moving with the times.

Back then, Liz Truss was on Cameron’s A List to get more women MPs into the Tory Party, so she was put in as Candidate to a safe seat - I think the Tory activists who disapproved of Cameron’s moderate conservatism called his A List candidates “Cameron’s Cuties” - very sexist.
They said their main grievance was that Central Office had not told them that Liz had an affair in the past, before she was selected.

Obviously, the Tory Party have been name-calling each other for years!

I never understand why private relationships should get dragged into the political fights - that’s a matter for them and it’s their spouse they need to answer to, not Joe Public.
It’s not as if MPs are taking up Holy Orders or becoming Head of the Church. As long as they are looking after public money properly, spending it wisely and not skiving off work for love trysts or entertaining their lovers at taxpayers expense or pulling rank to get them a job, I don’t care what they do in their leisure time and private lives, as long as it’s not illegal.

If Liz Truss were to become PM I think we would be heading for a bigger mess than we are already in. I have no confidence that she is competent enough to do the job and feel she is a shallow individual who will say what she thinks she needs to say to win votes.

she will be the most forgettable PM ever

More forgettable than Anthony Eden or Alec Douglas-Hume? I find that hard to believe.

she will be the most forgettable PM ever

More forgettable than Anthony Eden or Alec Douglas-Hume? I find that hard to believe.

My prediction is that in 20 years time, Truss will be one of those excellent Pointless answers. Oh gosh, that’s got be a low scoring answer to ‘name a British PM’, well done!

If Truss gets into the Top Job, there won’t be a 20 years.

Out of the frying pan into the fire best describes what will happen if Truss gets in.

She is promising huge tax cuts at a time when we are paying £19 Billion a month in interest rates and this money is going to double soon as interest rates rise.

There are much better candidates they could have chosen for the last two.

Oh she can promise all she likes…she has to deliver, or at least be seen to action these things

Oh she can promise all she likes…she has to deliver, or at least be seen to action these things

Well, there’s a chance of that … or no chance …

After due consideration, I’d say there’s no chance …

We have time for this to change…a month & a few days. Pretty sure something will happen in that time…no need to panic quite yet, i think.

Shake Magic Money Tree -
(TM couldn’t find it but LT’s smart - she knew where it was hiding all the time!)

She’d get my vote just for this alone.

Some “free” schools and academies in certain areas of Brum are in dire straits and failing badly according to their last Ofsted reports and have been threatened with closure already.