It’s a big bugger! It has now gone to join the choir invisible. They are invasive, poisonous and feral. 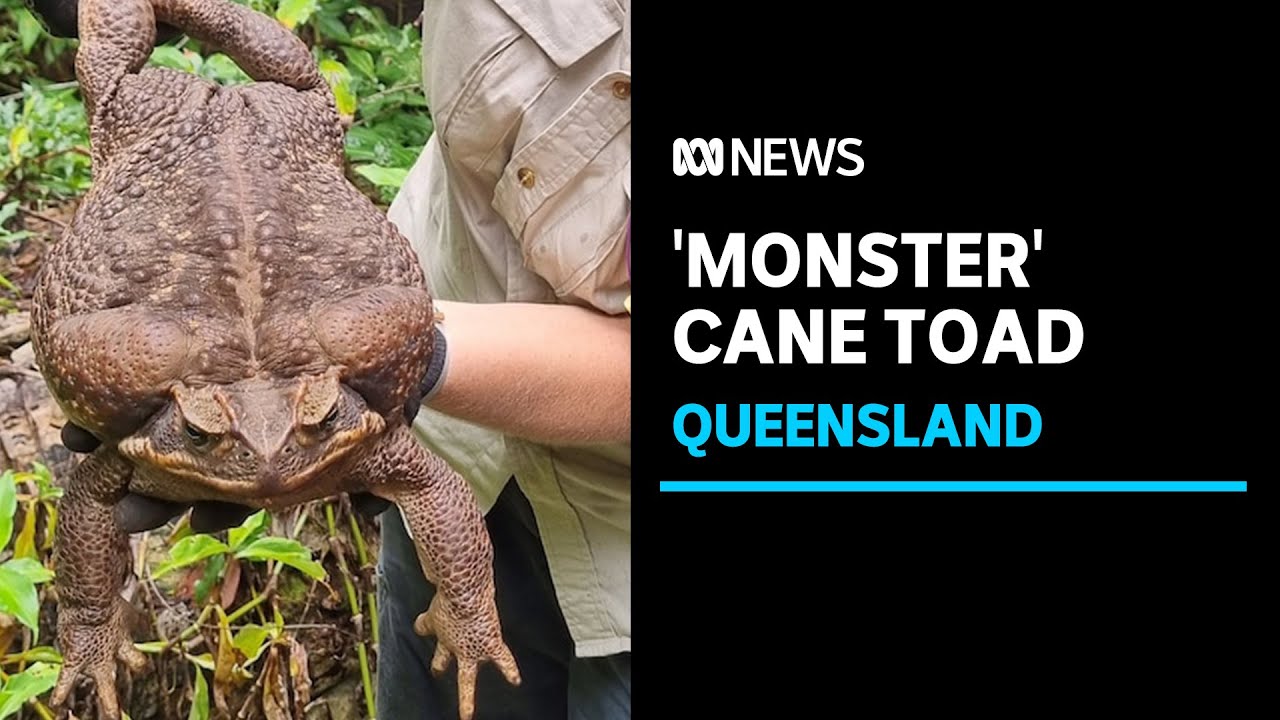 Eek! I wouldn’t like to come across that when out and about.

Looks as if its from the Jurassic era … bit scary

i wonder if it tastes like chicken,apperently they do.
Eat your heart KFC.

See those “bumps” on its shoulders either side behind its head? They are glands that release poison when it is threatened. If ingested, this venom can cause rapid heartbeat, excessive salivation, convulsions and paralysis and can result in death. Nasty bit or work.

I wonder if it would reveal a prince when kissed?
Probably an obese one…

I read somewhere that children I. Then Northern Territory keep them as pets .
As in go play with your poisonous toad ?

I gather that in some parts of the world people lick toads, the warts release some kind of mind altering chemical … it’s not on my things to do before I pass list.

They are literally everywhere in the north of the NT, every camp ground I stayed at had them hanging about in lighted areas (presumably after insects). They started off in Queensland where they were imported to control the (sugar) cane beetle but they found other delicacies more to their liking.

Apparently they have been moving westward at about 50km per year 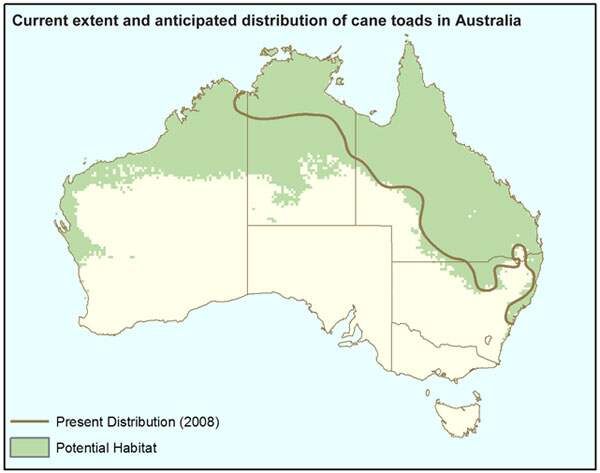 Grief!
I hope they don’t make it to Sussex.

I read somewhere there was a lack of research before releasing them .
They came from Hawaii where they did eat beetles but the Australian cane beetle was a different species mostly staying at the top of the sugar cane whereas the toad was on the ground .
The same thing happened in Barbados with the cane rat and Mongooses .
Mongooses were imported to catch the cane rat but it turned out that rats are nocturnal and mongooses are diurnal so nary the two do meet ,
It a dangerous thing when we mess with non native species .

It a dangerous thing when we mess with non native species .

Absolutely Muddy, there has been more damage caused to nature by the do gooders thinking they could help than all the hunters put together.
Animal rights demonstrators released a load of mink into the countryside causing untold damage to the indigenous animals.

Quote:
The American mink’s fur has been highly prized for use in clothing, with hunting giving way to farming. Their treatment on fur farms has been a focus of animal rights and animal welfare activism.[1] American mink have established populations in Europe (including Great Britain) and South America, after being released from mink farms by animal rights activists, or otherwise escaping from captivity.[2] In the UK, under the Wildlife & Countryside Act 1981, it is illegal to release mink into the wild.[16] In some countries, any live mink caught in traps must be humanely killed.[5]

We already have signal crayfish, mitten crabs and the ubiquitous grey squirrel… I’m not sure that they were all deliberately introduced…I feel a Google coming on.

I’ve applied for a permit to trap signal crays for my own consumption , the Environment Agency aren’t processing applications at the moment due to being short staffed.

The romans brought in rabbits and dormice .
Stuffed dormice was a Roman delicacy

Absolutely Muddy, there has been more damage caused to nature by the do gooders thinking they could help than all the hunters put together.

In the pantheon of really silly remarks this is one of the silliest.

It was hunters that introduced rabbits to Australia.

Cane toads were released by an entomologist working for Queensland Bureau of Sugar Experiment Stations (BSES) to combat a grub that ate the roots of the cane, the toads had reportedly solved similar beetle problems in Hawaii, the Philippines and Puerto Rico.

No do gooders involved - since when has doing good been a bad thing?