Some funnies for today

A friend had bred a messenger pigeon with a woodpecker. Not only does it deliver a message, it knocks the door when it gets there. 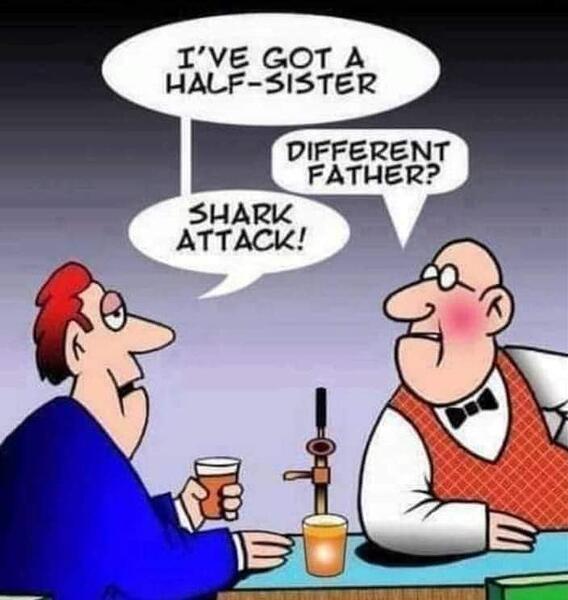 It is better that you forget to zip up your flies after urinating than to forget to unzip beforehand.

I’ve never understood why women love cats. Cats are independent, they don’t listen, they don’t come in when you call, they like to stay out all night, and when they’re home they like to be left alone and sleep.

In other words, every quality that women hate in a man, they love in a cat. 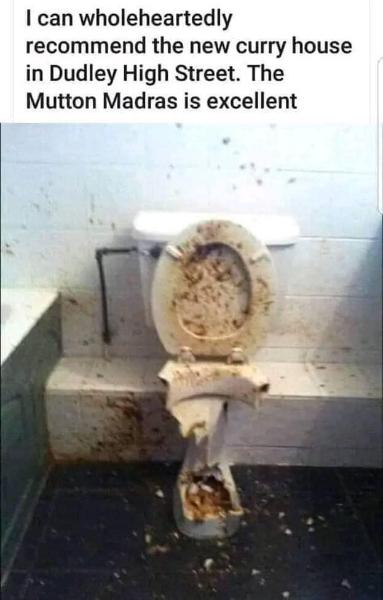 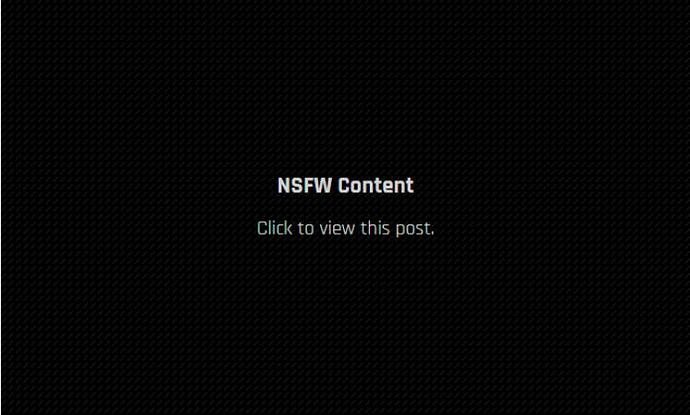 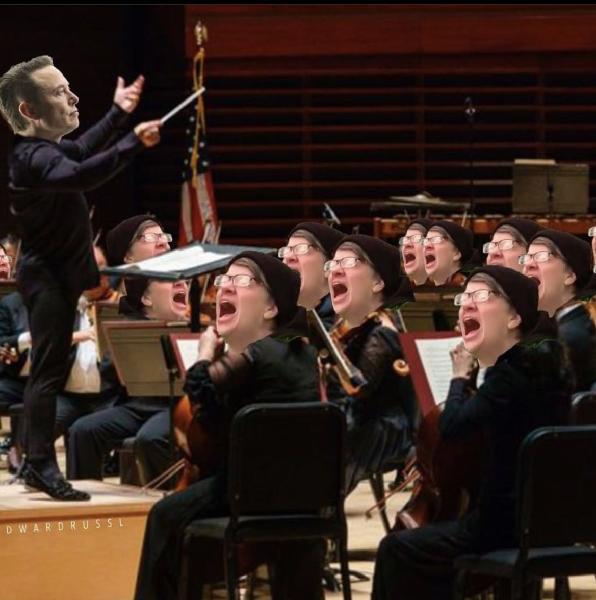 Those on Twitter should be familiar with this woman who had the screaming ad dabs when the referendum result was announced. It’s been used as a meme to show disappointment ever since.

After being sentenced to two and a half years, Boris Becker asked, “I’m sorry, how many months is that?"

Indian Curry Rhapsody (to the tune Bohemian Rhapsody by Queen)

Didn’t mean to make you cry
If I’m not back from the loo this time tomorrow curry on, curry on
'Cos nothing really Madras.

Too late, my dinner’s gone. Sends shivers down my spine.
Bottom aching all the time.
Goodbye onion bhaji, I’ve got to go
Gotta leave you all behind and use the loo.

Naan, ooh, ooh
This dupiaza is so mild, I sometimes wish we’d never come here at all… [guitar solo]

I see a little chicken tikka on the side
Rogan Josh, Rogan Josh, pass the chutney made of mango
Vindaloo does nicely, very very spicy Meat!

On my knees, I’m on my knees
On his knees, Oh, there he goes
This vindaloo is about to wreck my guts
Poor meee… poor meeee…poor MEEEEEE!

So you think you can chunder and then feel all right?
So you try to eat curry and drink beer all night?
Oh maybe, but now you’ll puke like a baby

Ten priests, travelling in a mini-bus which crashed and killed all on board, duly arrived at the gates of heaven to be met by St. Peter, who said.

“Any of you who have fiddled with young boys, turn round and go straight to Hell”
Nine of the priests start walking towards Hell and St. Peter shouts after them “And take this deaf bastard with you”

Two Irish farmers are walking down a road towards the pub, after a long days work, when they hear a motorcycle behind them. They are totally shocked to find that when the bike passes them, the biker is headless. The two men look at each other and shrug. They continue down the road because the call of the pub is getting stronger. As they go, a cyclist comes up behind them and, on passing them, he too is seen to be headless. The two old men shake their heads and continue to walk down the road. After a few minutes, Mick, who’s walking along the inside, turns to his companion and says: “You know what Shamus, I be thinkin’ dat maybe you should be carryin’ dat dere scythe on yer other shoulder”. 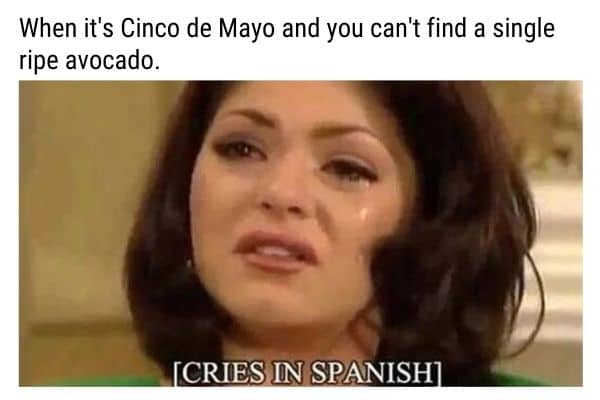 Once upon a time, Big Ears needed to go somewhere important and decided to ask his good friend Noddy for a lend of his lovely yellow car. On his way to Noddy’s house, Big Ears wondered what would happen if Noddy refused to lend him the car. Would their special friendship end? What if Noddy did lend Big Ears the car, and he got a scratch on it or even worse, crashed it? Big Ears thought hard about his predicament on his way to Noddy’s house. When he finally arrived at his good friend Noddy’s house, Big Ears knocked on the door and when Noddy opened it, Big Ears said, “Stick your f***ing car up your arse!”

Advice to MP’s.
Haven’t got enough money to send all three of your kids to boarding school? Employ your wife as your office manager and give her £60k a year to work 10 hours a week.

Morris returns from the doctor and tells his wife that the Doctor has told him that he has only 24 hours to live.
Given the prognosis, Morris asks his wife for sex. Naturally, she agrees, so they make love.
About 6 hours later, the husband goes to his wife and says, ‘Honey, you know I now have only 18 hours to live. Could we please do it one more time?’
Of course, the wife agrees, and they do it again. Later, as the man gets into bed, he looks at his watch and realizes that he now has only 8 hours left.
He touches his wife’s shoulder and asks, 'Honey, please… just one more time before I die.'She says, ‘Of course, Dear,’ and they make love for the third time.
After this session, the wife rolls over and falls asleep.Morris, however, worried about his impending death, tosses and turns, until he’s down to 4 more hours.
He taps his wife, who rouses. ‘Honey, I have only 4 more hours… Do you think we could…’
At this point the wife sits up and says, 'Listen Morris, enough is enough I have to get up in the morning… you don’t.

An Old Golfer was hitting his ball from near a water hazard and his club fell into the water. When he cried out, the Lord appeared and asked, “Why are you sad?”

The golfer replied that his club had fallen into the water and he needed the club to have a chance to win the tournament and supplement his meagre pension. The Lord went down into the water and reappeared with a solid gold club. “Is this your club?” the Lord asked.

The golfer replied, “No.”

The Lord again went down and came up with a sterling silver club. “Is this your club?” the Lord asked.

Again, the golfer replied, “No.”

The Lord went down again and came up with an old iron club. “Is this your club?” the Lord asked.

The Lord was pleased with the golfer’s honesty and gave him all three clubs to keep, and the golfer won his tournament and went home happy.

Sometime later, the golfer was walking with his wife along the water hazard, and she fell into the lake. When he cried out, the Lord again appeared and asked him, “Now Why are you sad?”

“Oh, Lord, my wife has fallen into the water!”

The Lord went into the water and reappeared with Kate Upton. “Is this your woman?” the Lord asked.

The Lord was furious. “You lied! That is an untruth!”

And God was pleased.

The moral of this story is: If a golfer ever tells a lie, it is for a good and honourable reason, and only out of consideration for others.

Pulled out a nose hair today to see if it hurt.

Judging by the reaction of the man asleep next to me on the bus, it seems pretty painful. 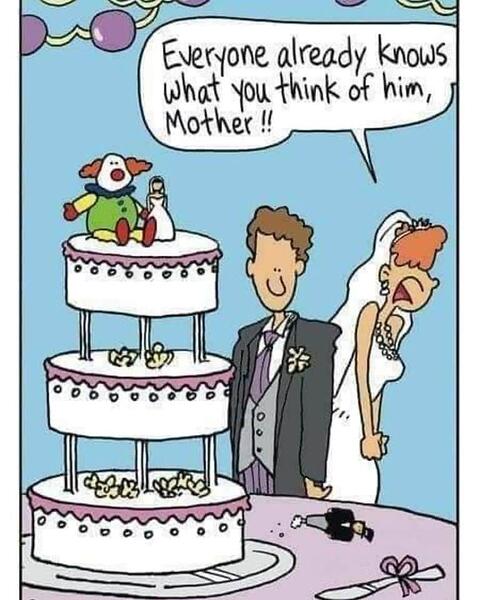 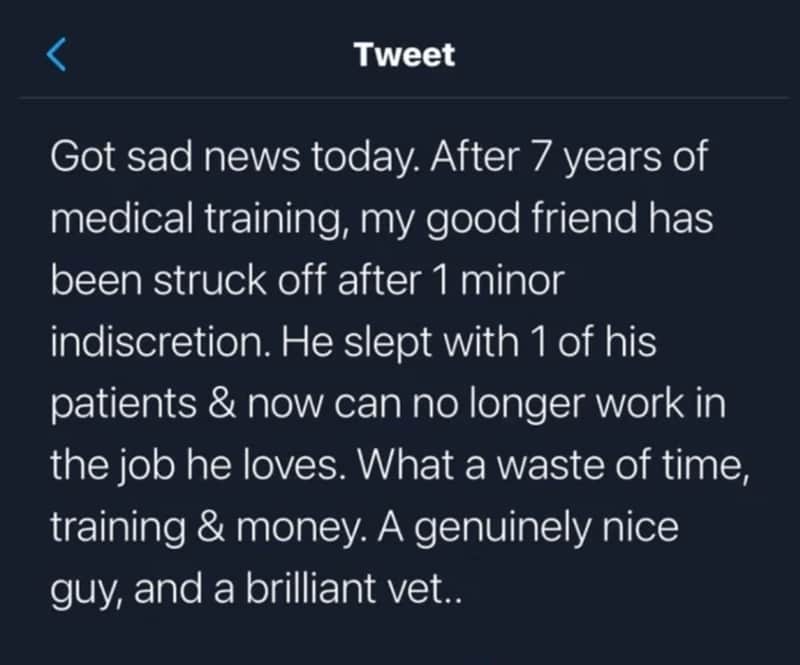 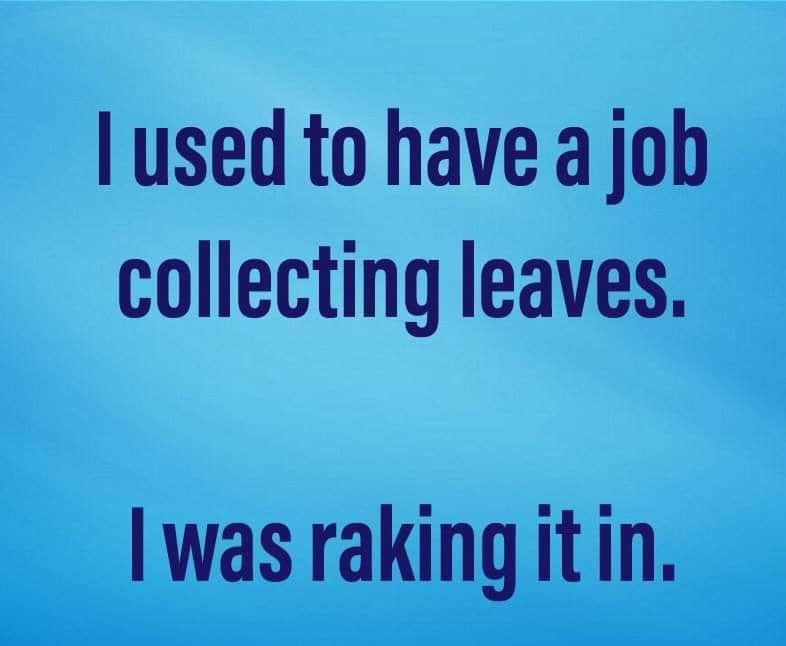