I read an interesting comment on the Internet suggesting that if ever there was an argument against William, Kate and their children all travelling together in future then this was it! Can you imagine the future?

The monarchy will end with William its will end even quicker if anything happened to him .

Intervention could show Buckingham Palace is concerned over remarks made by the Duke of Sussex to promote his tell-all book, Spare

A legal firm acting for Buckingham Palace contacted ABC while the Duke’s Good Morning America interview was on air, saying it needed to consider exactly what was said and “the context in which it appears” in order to have the opportunity to respond. Royal sources insisted it was a standard “right of reply” letter, but it raised the prospect that they were concerned about something specific that the Duke may have said.

In his ITV interview on Sunday evening, the Duke repeated a claim, also made in his book, that Camilla, Queen Consort, leaked a story about her first meeting with Prince William to the press. He has also alleged that his own interests were “sacrificed on her PR altar” and referred to her as a “villain” who left “bodies in the street” as she strove to rehabilitate her image.

It is a matter of public record that the Queen Consort did not leak the story about meeting William. The details were leaked, inadvertently, by Camilla’s own private secretary, who was eventually sacked over the incident.

Palace lawyers asked both ABC and CBS, which also broadcast an interview with the Duke on Sunday evening, for a copy of the Duke’s interviews but the requests were declined.

Another day, another dollar:

Prince Harry was accompanied to the Late Night studios on Monday night by a guard carrying a Glock lock-box with his gun and ammunition. The prince has become increasingly worried about his safety since moving to the United States.

Well he`s not helping himself the idiot.
He should learn to keep his mouth shut, huh,more chance of hell freezing over.

Yes I agree with Harry over this. I don’t understand why some people feel the need to court the press. IMO the press are a nasty dangerous organisation and if I were someone like Camilla I would avoid them like the plague. They make people’s lives hell and that needs to stop. If they take against you, heaven help you. Camilla knows this from what the bastards (excuse my words) did to her before, why on earth would she be looking for more. 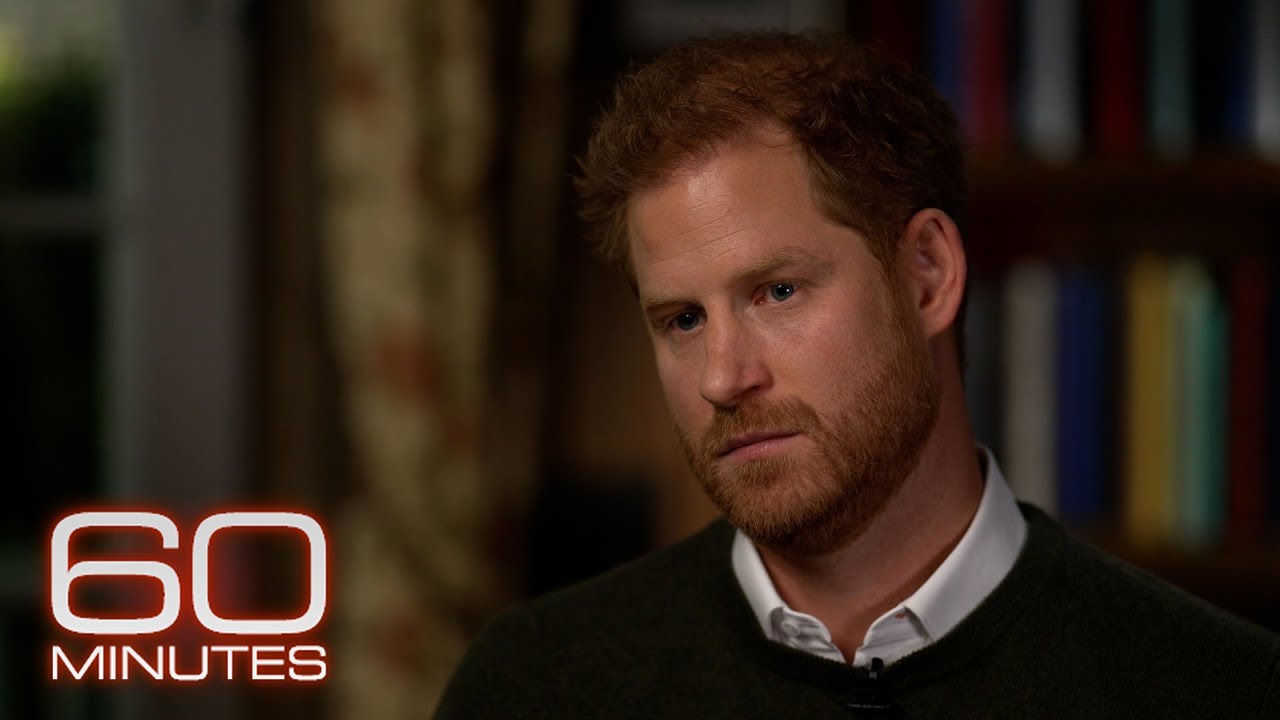 No substance in anything being said, if there was we would have known about it. Petty, spiteful vitriol, he says is the honest truth. A book which is just a furious diatribe against his blood family, eventually he will have nothing left to write about but will continue whinging; nonetheless. Only the Government can truly put an end to 'wokeism'

Adam King’s piece in UnHerd about the Government’s Higher Education bill, which brings in legal protections for dissenting academics and will implement swingeing fines to universities that no-platform or censor, is a worthy rejoinder to the ‘culture... 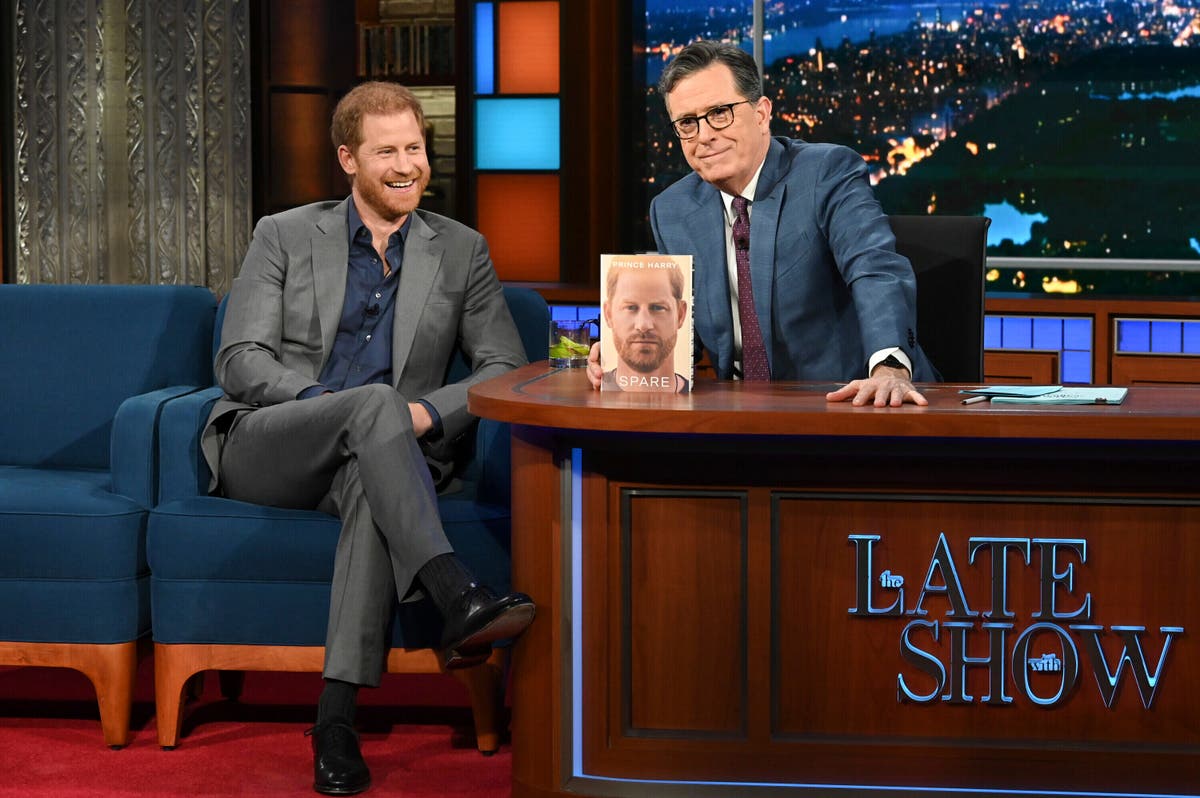 The duke said writing his book, Spare, was the “most vulnerable I have ever been in my life”, before adding: “I’ve never felt stronger”.

The duke quickly used the prime-time slot to criticise the British press for leaks of his book, saying: “They intentionally chose to strip away all the context and take out individual segments of my life, my story and every experience I’ve had, and turned it into a salacious headline.”

The 38-year-old told Colbert it had been “hurtful and challenging” watching the reactions following the book’s publication.

Colbert asked the duke if he believed there was an “active campaign by the rest of your family, by the royal house… to undermine this book”, to which he replied: “Of course, mainly by the British press.”

Asked again if it was “aided and abetted by the palace”, Harry replied: “Yes, again, of course. This is the other side of the story.”

In another part of the interview, the duke said he believed press and public fascination with him and his wife was a way to make Meghan Markle leave the UK and to “break her”.

He told Colbert: “We moved to California and for 12 months during lockdown where we said literally nothing – it was relentless. They always knew my wife was going to leave (the UK) because of the way they were abusing her.”

He will never own up to what comes out of his mouth. Every s…ing time it is somebody else’s fault and it is he that puts the spin on things in an attempt to rectify his own crass and unthinking words and lies.

He is lying to himself, has to somehow preserve the belief that he is superior, reluctance to be wrong, is called cognitive dissonance.

He is probably very familiar with the term cognitive dissonance Cinderella. He seems to be quite practised at being the amateur psychologist

. If they take against you, heaven help you. Camilla knows this from what the bastards (excuse my words) did to her before, why on earth would she be looking for more.

What did they do to her before ?

He is probably very familiar with the term cognitive dissonance Cinderella. He seems to be quite practised at being the amateur psychologist

Must be from being in America , don’t all Americans who can afford it have a ‘therapist ‘?

I think harry has had a therapist for many years Muddy. He has had so many problems to cope with, far more than us mere plebs.

I’m taking about when she was outed for having an affair with Charles. I know a lot of people turned on her, but she was only doing what millions of other women did and do. Both her own marriage and Charles’s were well and truly over. The press were just awful and they made me feel physically sick at the way the hounded her and tore into her.
So no, I don’t understand why she would want to court them at all.

It was common knowledge for years !
It was only ‘outed ‘ by Charles himself in his Dimbleby interview!
Which caused Diana to retaliate with the Bashir interview.
I don’t think Diana thought her marriage was over until then, she never wanted a divorce .

I think harry has had a therapist for many years Muddy. He has had so many problems to cope with, far more than us mere plebs.

He is lying to himself, has to somehow preserve the belief that he is superior, reluctance to be wrong, is called cognitive dissonance.

Yep, seen enough of that.