Brexit benefits - where are they?

Nah, if you ignore something long enough, it goes away.

I thought the telegraph article was dreadful and full of telecrap lies, misrepresentations and fake info. A better read: 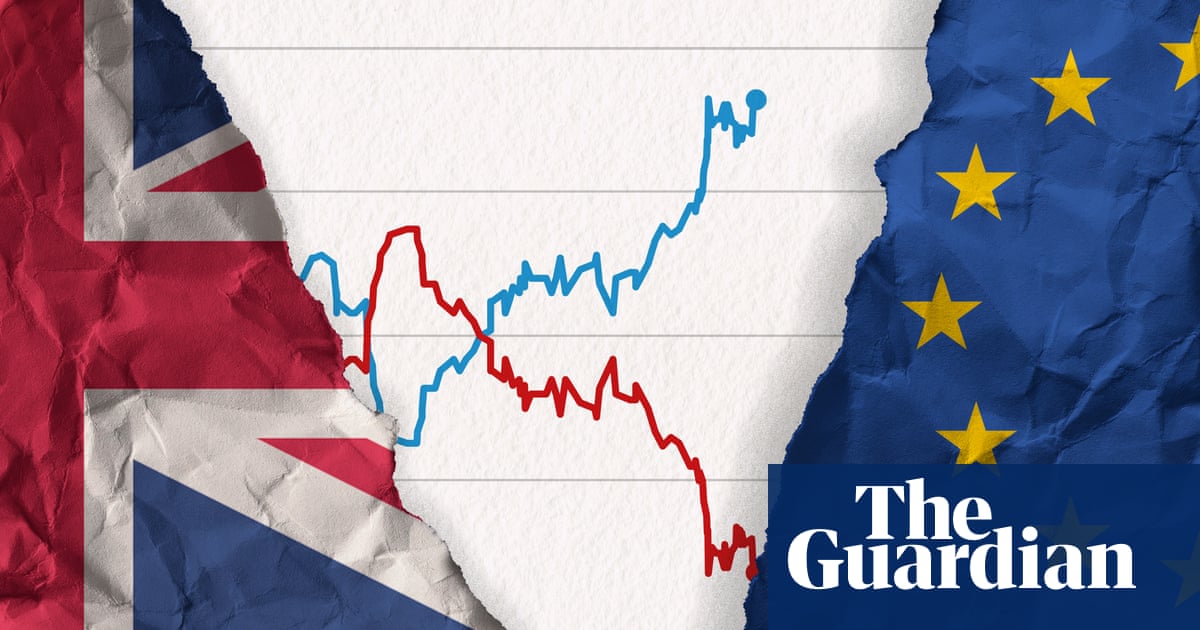 Recent polls show a rise in people saying Brexit was wrong. But who is changing their mind – and who is not?

Really can’t see what you’re trying to say in your post and no I’m not reading the Guardian article. The Telegraph one was about what the Government are going to do, so we’ll just have to wait and see and I can’t see how you can say it was lies, misrepresentations and fake info if it’s stuff that hasn’t even happened yet.

I’ll help you with aversion to reading anything in the Guardian (I’m guessing you hate having your thinking challenged) by taking you to the source information directly.

Will support for Brexit become extinct? - UK in a changing Europe

Joris Frese, Juho Härkönen and Simon Hix look at whether the change in support for Brexit can be explained through ‘voter replacement’.

The principle message here is that the trend towards more and more people thinking that Brexit is a mistake cannot simply be explained by the older voters (who in great majority voted for Brexit, and largely stick by that view) dying off and being replaced by younger voters (who in the vast majority voted against Brexit). The trend must also reflect a sizable percentage who have changed their minds since the referendum.

I thought I’d note a couple of things that are rubbish about the telegraph article and end with one point that is very telling. Enjoy:

“The obvious advantages of leaving Brussels behind include a faster and more effective vaccination rollout than our European neighbours, and the UK leaving the likes of Germany and France trailing in the wake of its robust response to Russia’s invasion of Ukraine.”
This early paragraph in the telegraph article is a good example of bad this article is. First there are no obvious advantages to Brexit – no-one has managed to demonstrate a single tangible benefit. Ever. Second, the vaccine roll out in the EU was as fast as the UK’s and many countries achieved a higher percentage of vaccinations earlier than the UK. Third, the response to the Ukraine crisis has been done at a country by country level, nothing to do with the EU. This is simply biased journalism and blatant misrepresentation.

“plans to deport illegal immigrants to Rwanda have been thwarted by European judges”
This, again, is nothing to do with Brexit or the EU. The ECHR was set up primarily by the UK and the human rights laws primarily written by UK lawyers. If a proposed action by a UK government is deemed to contravene these human rights then the proposed action is wrong and needs to change or be dropped. Nothing related to Brexit at all. Pure misdirection by the terriblegraph.

“The Retained EU Law Bill finally unravels 50 years of continuous legislation since 1972, which is absolutely monumental in terms of impact.”
This quote from (nutter) Bill Cash implies that the ditching of all the EU standards will be positive. It will not. Be certain that this will cause more than one disaster. Unthought-through and simply dumb journalism.

And the telling quotation:
“Brexit, without supply side reform, Brexit without deregulation, Brexit without taking some of the economic advantages that were on offer, such as our fishing waters. Brexit without those things becomes very, very hard to make an argument for,”
Interesting quote from Farage. This implies that the 2016 referendum was all about supply side reform (can someone explain what this really means) and deregulation. Funny, I do not recall anyone talking about these things in 2016. No-one voted for supply side reform, not one person. It was not on the ballot paper. So Farage is saying that the omissions of not presenting supply side reform in the 2016 referendum means that what was voted for in 2016 was something that is “very, very hard to make an argument for”. Gosh, the referendum vote was for something that is not positive. And its clear that the promoters of Brexit knew this, hid this, and all time wanted a Brexit that was never presented for voting.

I browse The Guardian every night along with other papers. Did you actually read The Telegraph article, if you did I really can’t understand where you’re coming from as I said, it was about what the Government have plans to do. And neither you or I can tell whether this will change people’s minds or not.

Very selective in what you’ve chosen to post about. Read the article in its entirety.

I picked out 5 parts. One might say I selected 5 parts. Which by its very nature is being selective. Frankly I managed to read the article until it went on and on quoting arch-idiot Bill Cash at length. He is a man who has never said anything worth listening to. So, its true, I did stop reading the article. Perhaps you could explain the aspects of the government plans you see as particularly interesting and effective?

Try reading it backwards because I agree with you regarding quoting Nigel Farage, I nearly gave up it’s towards the end that they say what the Government are going to be doing.

My view is before commenting wait to see what the Government does to overcome the current problems as explained at the end of that article.

And also to avoid discussing it with people who don’t live in the UK so might not have the UK’s best interests at heart.

Wow, have you just told me to eff off? That seems rude as you make a lot of assumptions. Your first assumption is that because I think Brexit is a terrible thing, and because I criticize the current UK government and its hopeless ministers, that I am not interested in the success of the UK. That is blinkered thinking of the first order. You want to have a word with yourself about that line of thinking. I criticize both the tory government and Brexit because I want the UK to succeed. I see both as directly inhibiting the success of the UK.
More, I have direct and specific reasons to want the UK to succeed. As much reason as you or anyone else does. So fermer votre trap svp with that crass and baseless criticism of anyone who does not live in the UK.
I am, however, pleased that you acknowledge that this telegraph article does not offer up any insights into what the government plans actually are. You now say that you wish to wait to see what the government does to overcome the current problems. You are right. The article does not explain what the government is going to do. We need to wait.
Which is strange as previously you’ve written:

it was about what the Government have plans to do

Did you read the article yourself? I’m tempted to avoid discussing things with people who write one thing one day and then post something completely opposite the next.

I assumed correctly that you hadn’t read the whole article. I’ve said all along that you’ll have to wait 10 years.

Did you pick that number out of the air ? In 10 years it’s all going to be hunky dory ?

Muddy we’re going over old ground now. When you voted you might have expected things to change over night, when I voted I didn’t expect anything for at least 10 years as explained to you many times on this thread before.

So you did in fact just pick a number out of the air ?

Rees-Mogg said 50 years. So our local tory party / Brexit party representative is being hugely optimistic with 10 years.
And when she says “I said all along” its safe to assume she’s changed her mind more than once. All along.
But, hey, its just the prosperity of the country we’re dealing with.

The common folk could never see or touch the prosperity, so, not a lot has changed.

You’re quite welcome to go through the thread to see if I’ve changed my mind, but you won’t be able to find it, because I’ve said throughout this thread 10 years.